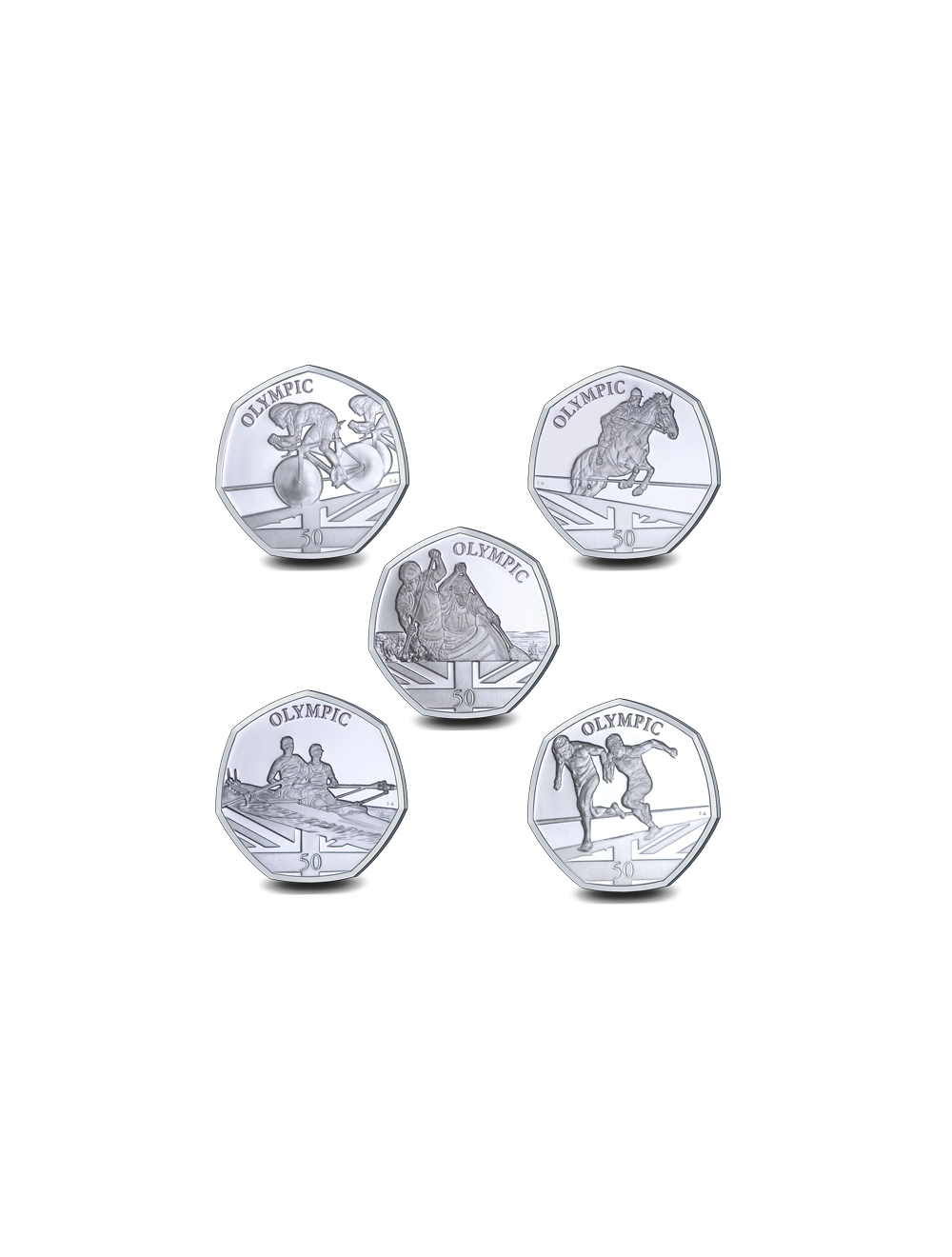 Availability: In stock
SKU
L447930P
$87.95
Add to Wish List Add to Compare
To commemorate the Summer Olympic Games which were meant to take place in 2020, Pobjoy Mint is pleased to announce the release of a new 50pence series produced on behalf of the Government of Gibraltar. The Games of the XXXII Olympiad were awarded to Tokyo on 7th September 2013 and were planned to take place between July 24th and August 9th, 2020. However, the Olympics were postponed by a year because of the growing spread of coronavirus across the world. The delayed games will now begin on July 23rd 2021. It is the first time in the event's history it has been postponed, with more than 11,000 athletes from about 200 countries scheduled to take part. This set includes all (5) five individual coins in the series featuring the following sports: -Cycling -Sprinting -Rowing -Kayak -Equestrian Show more

We have produced five designs for this 2021 dated series of 50p coins showing these events: Equestrian; Kayak; Rowing; Sprinting and Track Cycling. Each design features the word ‘OLYMPIC’, the chosen discipline and a Union Jack.

Cycling has been contested at every Summer Olympic Games since the birth of the modern Olympics in 1896, at which a road race and five track events were held. The design shows two-track cyclists racing.

Rowing has been part of the competition since its debut in the 1900 Summer Games, although it was on the programme for the 1896 Olympics but was cancelled due to the bad weather. The design shows a men’s coxless pair.

Kayaking has featured in the Summer Olympics since 1936 and the design focuses on the men’s double kayak and shows them negotiating the water course.

The Equestrian event made its debut in the 1900 Games but then disappeared until 1912. However, the event has been included in all Summer Games since then. The design on the coin features an Equestrian Showjumper jumping a fence.

The event organisers laid down three fundamental concepts for the Games which they believe will transform the world: striving for your personal best (achieving personal best); accepting one another (unity in diversity); and passing on a legacy for the future (connecting to tomorrow).

The coins will be available in Cupro Nickel Diamond Finish presented in a colourful pack and in Proof Sterling Silver presented in a box with a certificate. The obverse of each coin shows the Pobjoy Mint Effigy of H.M. Queen Elizabeth II. 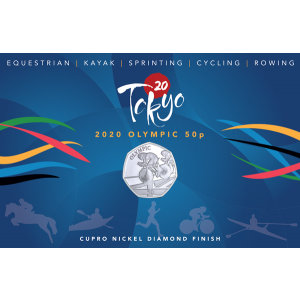 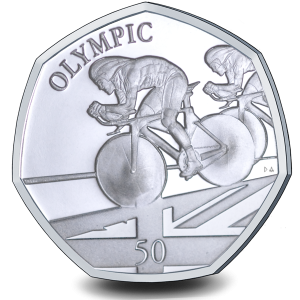 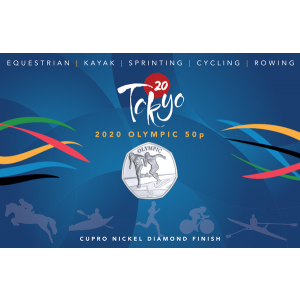 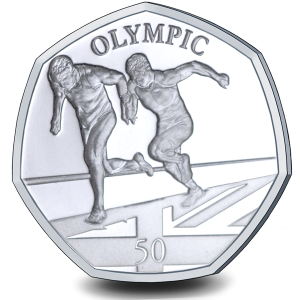 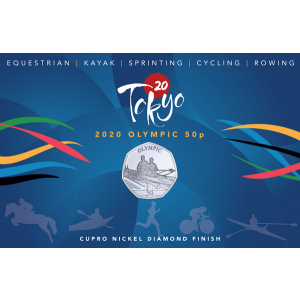 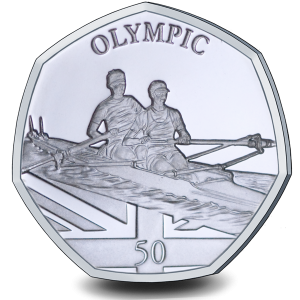 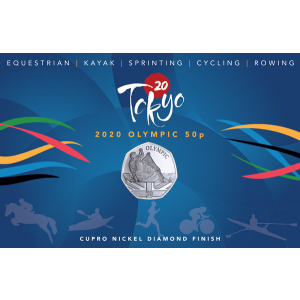 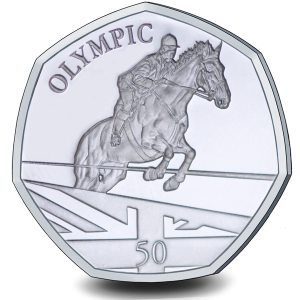